The Chinese Elm (Chinese Celtis) is an extremely fast growing tree native to Asia. It is considered a pest species which has spread throughout South East Queensland. Recently being listed as one of the top 10 environmental weeds in the region. This tree has a tendency to grow in clay soils relating to creeks, gullies and flood planes. However it will grow in waste areas, urban bushland, open woodlands and gardens in sub-tropical regions. It prevents the regeneration of native vegetation forming dense infestations. It eve has the potential to disrupt the populations of native animals and birds through destruction of habitat. Thick infestations of the Chinese Elm can use significantly large amounts of water. A mature Chinese Elm can grow to a height of 20 metres, with the canopy spread of 20 metres. Also producing up to thousands of seeds (small orange berries) a year. This tree is very easily pollinated and spread by bird droppings, water and flying foxes.

Another negative point is that the leaves on the Chinese Elm are very acidic. This is what contributes to its capacity to destroy other vegetation. Creating its own micro ecosystem allowing only acidic plants to survive. Less than 5% of vegetation can survive underneath these trees. Even lawns can not grow underneath these pest of a tree. As this tree can have a very dense canopy it reduces the sunlight to other plants and trees. Also using large amounts of water which effect neighbouring plants and trees.

Just Stumpgrinding grinds many Chinese Elm stumps throughout the Brisbane suburbs, assisting in the removal of these weeds.

Whats really important to consider is even though the stump has been grounded and removed, there is still a high chance of dormant seeds lying in the soil. Depending on how long the stump has been sitting there for. They can sit there dormant until the soil reaches the right temperature followed by the rainy season. Thats why its important to regularly do checks on the surrounding areas so no new trees can grow. The Chinese Elm leaf is very characteristic with a shiny bright colour. 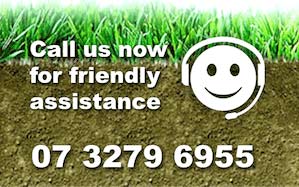 JUST STUMPGRINDING are dedicated to giving you the best Brisbane based tree stump grinding service. When it is all you do, you get very good at it or go out of business.
Our reputation is based on thousands of happy satisfied Brisbane and Ipswich customers. Tree stump grinding in Brisbane requires specialised equipment and the knowledge in how to use it properly.

WE ARE YOUR BRISBANE STUMP GRINDER!

WE ARE FULLY INSURED FOR YOUR PEACE OF MIND…

WHAT WE HAVE TO OFFER YOU-

Large and portable machines to access any tree stump.

Our speciality is tree stump grinding; that's all we do.

A term used to describe a method of removing a tree stump after the tree has been cut down. A cutting wheel fixed with tungsten teeth is used to chip and grind away the stump wood to below the surface of the ground.

Check out our recent posts :)